This international virtual lecture series titled “Populism and the Pandemic- A Comparative Perspective” investigates the response of populists in different countries to the COVID-19 pandemic. The lectures will be held every second Tuesday of the month* at 11 am US Central Time (CST)/14.00 Brasília, Brazil (GMT-3)/18.00 Brussels, Belgium (CET). A recording of this lecture is available for viewing below. Anton Shirikov is a Ph.D. Candidate in Political Science at the University of Wisconsin–Madison. He studies media, political communication, misinformation, and propaganda. In his dissertation, he uses experiments and survey data to examine when biased media are found more credible and who is more sensitive to political bias in the news. In his other work, he studies the legacies of communism and contemporary political institutions in the former Soviet Union. Before graduate school, Anton was a journalist and an editor in Russian independent media.

Valeriia Umanets is a Ph.D. Candidate in Political Science at the University of Wisconsin–Madison. Her research interests include women’s representation and political participation, political parties, post-Communist states, and Russian politics. In her dissertation Valeriia studies the effects of the Soviet state -sponsored feminism on women’s political participation in Russia using text-as-data and archival resources. Prior to joining UW–Madison, Valeriia completed her MPhil degree in Comparative Government at the University of Oxford. 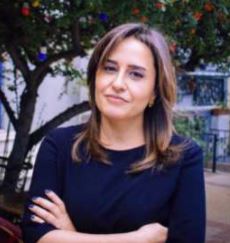 Evren Balta is Professor of International Relations at Ozyegin University Faculty of Social Sciences and a Senior Scholar at Istanbul Policy Center. Her main research interests are political violence, security, and citizenship. She holds a Ph.D. in political science from The Graduate Center, CUNY (2007) and an MA in Sociology from Middle East Technical University (1999) and an MIA from Columbia University, School of International and Public Affairs (2001). Her articles have appeared in many different journals such as Ethnic and Racial Studies, Sociology, Gender Place & Culture. She is the author of  Age of Precariousness (Iletisim Publications, 2019) and The American Passport in Turkey: National Citizenship in the Age of Transnationalism (with O Altan-OOlcay, UPenn Press 2020).

Her research has been supported by the American Association for the University Women, Mellon Foundation, Bella Zeller Scholarship Trust Fund, the Scientific and Technological Research Council of Turkey, and the Fulbright Scholar Program. Prior to coming to Özyeğin University, she served as a research fellow in the Institute for Human Sciences/Russia in Global Dialogue Program (Vienna, Austria 2017) and as a Fulbright visiting associate professor at the New York University, Program in International Relations during the 2017-2018 academic year. In 2018, she received the Distinguished Alumni Award of the Political Science Program at the CUNY-The Graduate Center.