This international virtual lecture series titled “Populism and the Pandemic- A Comparative Perspective” investigates the response of populists in different countries to the COVID-19 pandemic. The lectures will be held every second Tuesday of the month* at 11 am US Central Daylight Time (CDT)/13.00 Brasília, Brazil (GMT-3)/18.00 Brussels, Belgium (CEST). Please note that the US and Europe have returned to daylight saving time.

A recording of this lecture is available below. 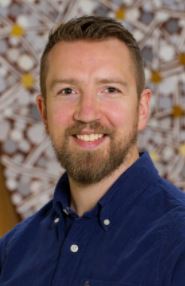 Paul Kenny  is Professor in the Institute for Humanities & Social Sciences at the Australian Catholic University (ACU). He is the author of Populism and Patronage: Why Populists Win Elections in India, Asia, and Beyond (Oxford 2017), winner of the American Political Science Association’s Robert A. Dahl Award, and Populism in Southeast Asia (Cambridge 2019). He is currently working on a number of new projects including a new book manuscript, provisionally titled, Buying Power: An Economic History of Populism. He received his PhD in political science at Yale University and has degrees in economics and political economy from the London School of Economics and Trinity College Dublin. Prior to joining ACU in 2020 he was Associate Professor at the Australian National University, where he remains a Visiting Fellow.

His first book, Populism and Patronage: Why Populists Win Elections in India, Asia, and Beyond (Oxford University Press, 2017) won the American Political Science Association’s 2018 Robert A. Dahl Award. His second book, Populism in Southeast Asia (Cambridge University Press, 2019), examines the political economy of populism in the region. Kenny is currently working on two projects: Killing Democracy: Rodrigo Duterte and the War on Drugs in the Philippines examines the relationships between populism, public opinion, and illiberalism surrounding the ongoing war on drugs in the Philippines; The Economics of Populism: Charismatic Leadership from Ancient Greece to the Age of Trump uses the tools of microeconomics to explain the occurrence of populism over time. 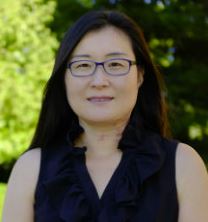 Dr. Eunsook Jung is an Assistant Dean in the College of Letters and Science at the University of Wisconsin Madison. Her research interests lie in the field of comparative politics, and include Islam and politics, religion and politics, social movements, politics of Indonesia, and politics of Korea. She received her Ph.D. from the Department of Political Science at the University of Wisconsin-Madison in 2009. Her publications appear on Contemporary Southeast Asia, South East Asia Research, Asian Journal of Social Science and in other outlets.