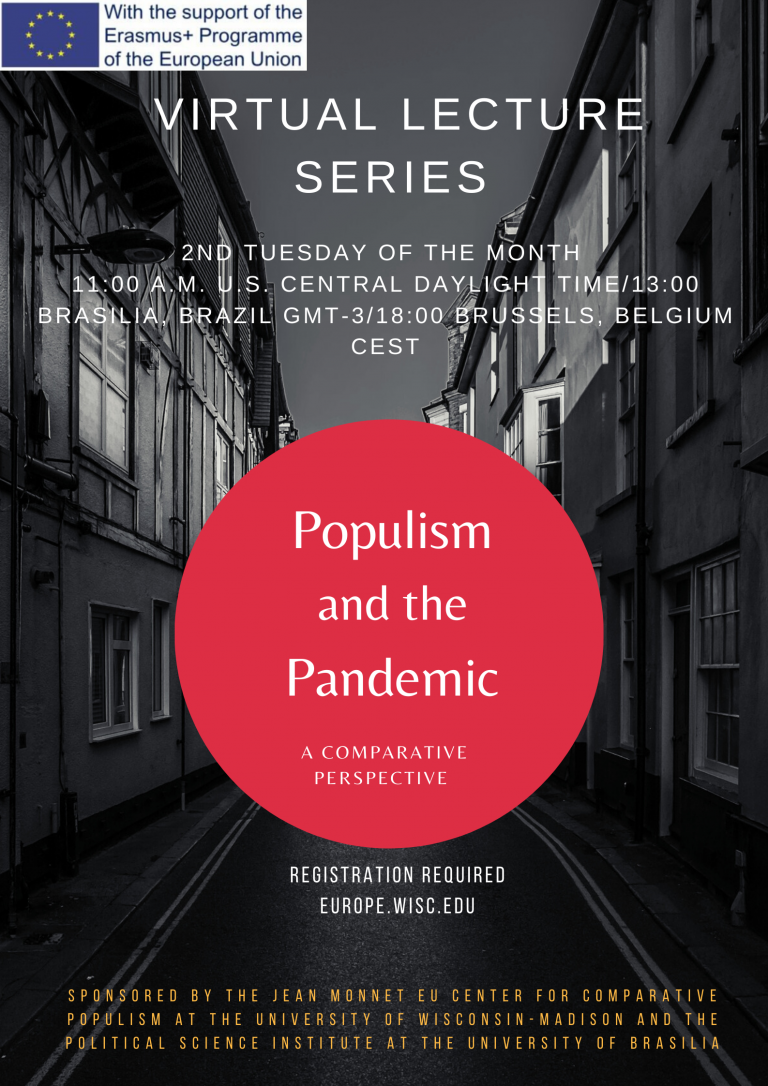 This virtual lecture series brings together international experts to investigate the impact of Covid-19 on populist movements in over 20 different nations.

Watch the "Populism and the Pandemic" Lecture Series

At UW-Madison European Studies, we know that Europe is constantly changing and it can be hard sometimes to keep up. We have curated a list of Europe-focused media so that you can easily update yourself on everything in one place.

You can make learning about Europe engaging and relevant with current news articles, popular music, and film. Use our media suggestions to augment your lesson plan, or for your own edification and enjoyment!

Also, be sure to visit the Wisconsin Department of Public Institution for more lesson plans, learning tools, training opportunities, and other educational resources.

The below listed resources do not necessarily reflect the views of European Studies or its grantors. No official endorsement should be inferred. These publically available resources have been curated for their European themes and content for teachers to use in their personal edification or for use in their classroom. If you have any suggestions to add to our lists, please let us know by emailing us at europe@international.wisc.edu

This is an accordion element with a series of buttons that open and close related content panels. 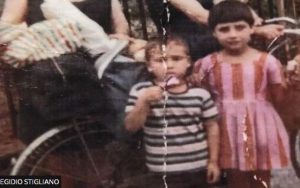 This article describes the hardships that the children of such workers faced, and the fates of the current adults saddled with this harsh past.

If you have an article to recommend, please contact us at  europe@international.wisc.edu 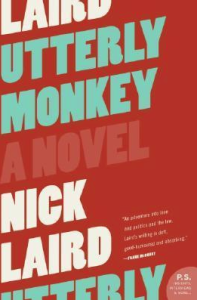 Danny Williams didn’t mean to be a lawyer, but somehow he is — and for up to eighteen hours a day. He’s well paid, home owning, and twenty-seven but is also overworked, lonely, and frequently stoned. The plan was to leave the troubles of a small town in Northern Ireland for the big city in England, but one evening an old school friend, Geordie, bursts into Danny’s shiny new life. On the run from a Loyalist militia, Geordie brings everything Danny thought he had left behind and dumps it on his doorstep.

With infectious wit and energy to burn, Utterly Monkey is a searing, fiercely funny, and ultimately redemptive novel about surviving an office job, outwitting the bad guys, and, hopefully, getting the girl. 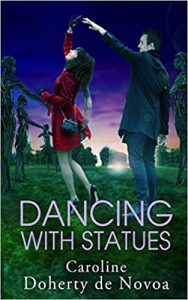 Will our history always define us? What does it take to move on from the past?

These are questions Laura has been avoiding since she was fifteen, since that day ten years ago when her mother took her own life. Until she meets Miguel, a lawyer investigating a bombing that took place days before her mother’s death, towards the end of the Northern Irish “Troubles”.

Olive Jones and the Memory Thief
By: Kate Gilby Smith

Lunch at 10 Pomegranate Street: A Collection of Recipes to Share
By: Felicita Sala

Spring 2022, Sweden
Son of Svea: A Tale of the People’s Home
By Lena Andersson

Fall 2021, Germany, East Germany
All the Frequent Troubles of Our Days: The True Story of the American Woman at the Heart of the German Resistance to Hitler
by Rebecca Donner

Spring 2021, France, Senegal, and Germany
At Night All Blood is Black
by Amadou Diop

Fall 2020, Belgium and the UK
Nowhere Boy
By  Katherine Marsh

Spring 2020, Estonia
The Man who Spoke Snakish
By Andrus Kiviraehk

Fall 2019, Spain
The Fountains of Silence
By Ruta Sepetys

Fall 2019, Ireland
Say Nothing: A True Story of Murder and Memory in Northern Ireland
By Patrick Radden Keefe 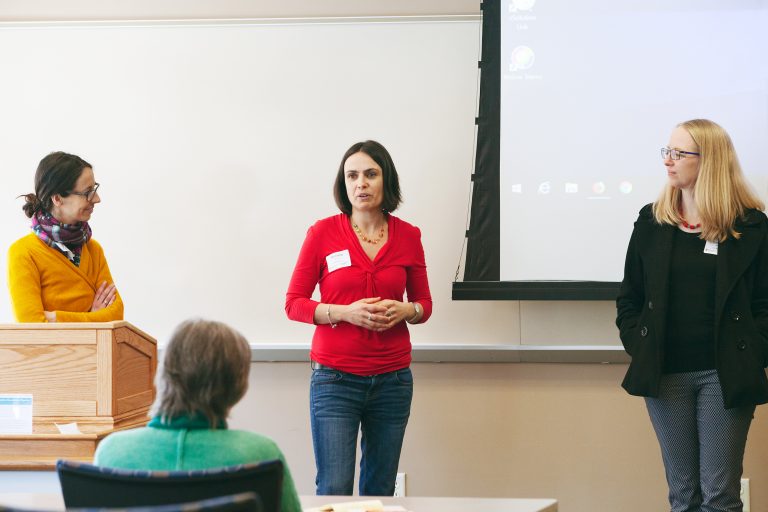 This is an accordion element with a series of buttons that open and close related content panels.

Chain Reaction (Foreign Policy Research Institute): A fortnightly podcast examining the role of the US in the world with many episodes focused on the Transatlantic relationship.

The World in 30 minutes with Mark Leonard: Mark Leonard, director of the European Council on Foreign Relations, explores the big issues in foreign policy and Europe’s role in the world.

The Europeans: An award-winning podcast looking at politics and culture around the continent. It delves into stories that don’t get attention in the national media and interview fascinating people across Europe, from writers to activists, scientists to chefs.

The Political Party: Comedian and former political advisor Matt Forde interviews figures from the political world, such as current and former MPs, journalists and diplomats from all parts of the political spectrum.

How to Invent a Country: When did countries become countries? Misha Glenny speaks on the borders, the stories and the people of countries, with a focus on European nations.

The History of Rome: A weekly podcast tracing the history of the Roman Empire, beginning with Aeneas’s arrival in Italy and ending with the exile of Romulus Augustulus, last Emperor of the Western Roman Empire.

The British History Podcast: The BHP is a chronological retelling of the history of Britain with a particular focus upon the lives of the people.

Parlement (EU): Samy, a young European parliamentary assistant arrives in Brussels a few weeks after the Brexit referendum. He is obviously not fit for the job.

Call My Agent! (France): At a Paris talent firm, A.S.K, agents attempt to save their flailing business while confronting realities like sexism, ageism, and the gender pay gap in movies and TV.

A Very Secret Service (France): A posh series that lampoons Cold War-era politics and bureaucratic absurdity with dry wit. The French secret service inducts the main character, André, without warning or training, and we follow him as world paranoia boils and the fight for Algerian independence turns France on its head.

Fallet (Sweden): A spoof of police procedurals with spunk, verve, and a lot of heart. The Swedish series follows a Stockholm homicide detective and British chief inspector, both uninvested and incompetent, who are paired up to investigate the murder of an Englishman at a last-ditch effort to save their jobs.

Rita (Denmark): Rita, a Danish teacher, is “too cool for school,” but in this comedy, she actually cares about her students, and her unorthodox attitude is a hallmark of her equally unorthodox approach to her pupils.

Merlí (Spain/Catalonia): A free-thinking firebrand lands a gig teaching high school philosophy just as bankruptcy forces him to move back in with his mother. Complicating matters is his son, whom Merlí’s ex drops off just as he’s evicted, and who turns out to be a student in his class.

Dark (Germany): Dark clouds loom over the nuclear power plant that dominates the town and hangs over the complex storyline. Teenage boys start to disappear from the town, and these events prove to be the threads that reveal the dark, interconnected relationships of various citizens and the secrets they hold.

Occupied (Norway): In the not-so-distant future, the Norwegian Green Party, an environmentally friendly political formation, has taken control of the country, and has used their power to totally cease production of fossil fuels. When the oil stops flowing, the EU authorizes Russia to conduct a soft invasion of Norway and the geopolitical intrigue begins.

Money Heist (Spain): “The Professor” rounds up a group of talented criminals in hopes of pulling off the biggest heist in history. With high stakes, it’s a pulse-pounding action that manages to frame the story as thoughtfully as possible between gunshots and car chases.

Elite (Spain): Described as Riverdale meets Gossip Girl meets Big Little Lies, this show is full of teen melodrama. However, the material is elevated thanks to an inventive story structure that plays with the timeline, a reinvention of character tropes, and a murder mystery intertwined alongside the typical teenage drama.

Suburra: Blood on Rome (Italy): Instead of drugs or money, it is land that is at stake in this particular crime drama. A small group of young upstart criminals hatch a plan to get some land and establish themselves as underworld players. Our antiheroes quickly discover that there are many more experienced and more powerful hands playing this game, and that they might just be in over their heads.

The links below will take you directly to the official websites of the European Union. The EU is comprised of 27 member states. Four main decision-making institutions lead the EU’s administration and provide the EU with policy direction, playing different roles in the law-making process:

Their work is complemented by other institutions and bodies, which include:

Learn from and share with other educators who teach European topics.
Find links to learning tools created or suggested by your peers.

If you have links to a blog, photos, or a lesson plan to share please contact ejconrad@wisc.edu. 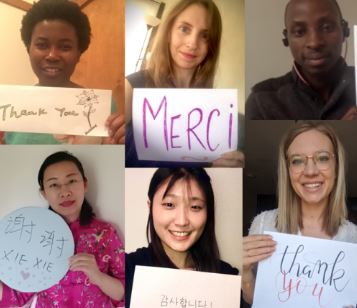 Invite an international speaker to your classroom!

International Reach (Reach) is a cross-cultural speakers program sponsored by International Student Services at the University of Wisconsin-Madison.

This program places international speakers in schools, campus venues and community organizations for presentations, discussions and/or conversations. It provides interesting opportunities for international students to volunteer perspectives on their home countries with teachers, students and area residents for the purpose of furthering global education and intercultural dialogue.