This international virtual lecture series titled “Populism and the Pandemic- A Comparative Perspective” investigates the response of populists in different countries to the COVID-19 pandemic. The lectures will be held every second Tuesday of the month* at 11 am US Central Daylight Time (CDT)/13.00 Brasília, Brazil (GMT-3)/18.00 Brussels, Belgium (CEST). A recording of this lecture is available below.

Dr. Caitlin Andrews-Lee is an Assistant Professor of Comparative Politics at Ryerson University. Her research focuses on charisma, political behavior, political movements and parties, and democracy, with a regional emphasis on Latin America. Her current book project, “The Emergence and Revival of Charismatic Movements: Argentine Peronism and Venezuelan Chavismo” (under contract with Cambridge), analyzes the nature and trajectory of political movements founded by charismatic leaders.

Dr. Rachel Schwartz is an Assistant Professor of Political Science at Otterbein University. During the 2019-2020 academic year, she was a postdoctoral fellow at the Center for Inter-American Policy and Research (CIPR) at Tulane University. Rachel received her Ph.D. in Political Science from the University of Wisconsin–Madison in 2019. Rachel’s research focuses on the legacies of armed conflict, statebuilding, corruption, and human rights in Central America. Her book manuscript in-progress, titled Undermining the State from Within: The Institutional Legacies of Civil War in Central America, examines how conflict dynamics can introduce alternative, often predatory rules within the state apparatus, which undermine political and economic development well into times of peace. The dissertation on which the manuscript is based received the 2020 Gabriel A. Almond Award from the American Political Science Association (APSA). Rachel’s research has been supported by the Fulbright IIE Program and the United States Institute for Peace, as well as UW-Madison’s Institute for Legal Studies and Institute for Regional and International Studies. Rachel’s work has been published or is forthcoming in the Journal of Peace Research, Latin American Politics & Society, Studies in Comparative International Development, the Journal of Global Security Studies, and the Oxford Encyclopedia of the Military in Politics, among others. 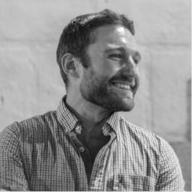 Dr. Kai M. Thaler is an Assistant Professor of Global Studies at the University of California, Santa Barbara, where he is also a faculty affiliate in Political Science and Latin American and Iberian Studies. His research focuses on civil conflict, political violence, and regimes and regime transitions, especially in Africa and Latin America. He is the author of multiple articles and book chapters, including “Nicaragua: A Return to Caudillismo” (Journal of Democracy, 2017). His current book project, When the Rebels Win: State Power and Public Interests after Civil Wars, examines how the ideals and goals around which rebel groups are organized affect the state building and service provision policies and practices they pursue if they gain control of an internationally-recognized state. Thaler received his Ph.D. in Government from Harvard University and an M.Soc.Sc in Sociology from the University of Cape Town.