This international virtual lecture series titled “Populism and the Pandemic- A Comparative Perspective” investigates the response of populists in different countries to the COVID-19 pandemic. The lectures will be held every second Tuesday of the month* at 11 am US Central Daylight Time (CDT)/14.00 Brasília, Brazil (GMT-3)/18.00 Brussels, Belgium (CEST). Please note that the time in Brazil is different from previous lectures, as Europe and the USA have returned to standard time and Brazil does not observe daylight saving time.

See the recording of this event below. 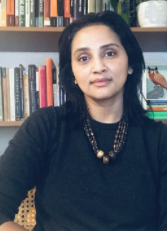 Pavithra Suryanarayan is Assistant Professor at Johns Hopkins University’s School of Advanced International Studies (SAIS). She received her PhD in political science from Columbia University in October 2016 and her dissertation won the the Mancur Olson Award for the best dissertation in political economy at the American Political Science Association in 2018. She specializes in comparative political economy with a focus on identity, redistribution, and state development in India. Her work combines quantitative analysis, including spatial and survey methods, with extensive archival research. Her papers have been published or are forthcoming at the American Journal of Political Science, Comparative Political Studies, Journal of Politics, Party Politics, and World Politics. She is currently working on a book manuscript on Social Status and Redistributive Politics. 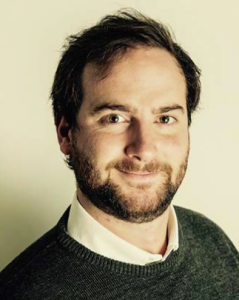 Ryan Brunette is a research associate at the Public Affairs Research Institute at the University of the Witwatersrand and the University of Cape Town. He is also a PhD candidate in Political Science at the Graduate Center of the City University of New York. He is a South Africanist with a special interest in the comparative politics and practice of regime formation, governance, and public administration. 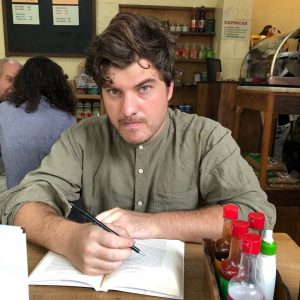 Benjamin Fogel is a PhD candidate in Latin American History at New York University. His research focuses on anticorruption politics and middle-class populism in Brazil from 1954-1964. While his dissertation focuses on Brazil, Benjamin hails from South Africa and has published widely on South African politics, anticorruption, and populism. Benjamin is also a Contributing Editor at Jacobin Magazine and the Africa is a Country website.