On April 9th, Professor Nils Ringe gave a talk titled, “The Twilight of Angela Merkel” as part of the Deutschlandjahr 2018/9 program funded by the German Federal Ministry.

In his lecture, Professor Ringe first explained how to square the generally high support for liberal immigration policies amongst survey respondents in Germany with the rise of the Alternative for Germany (AfD) and the challenges it poses for the mainstream parties. He emphasized, in particular, that the issue is of special salience to a subsection of the population, which happens to include groups of voters coveted by Merkel’s CDU. The rise of the AfD, meanwhile, was facilitated by its origins as an anti-Euro party, rather than an anti-immigrant party, which meant voters were free to support it without violating the long-standing taboo associated with support for far right parties in postwar Germany. Only once it was established and electorally successful did the AfD take a more radical turn. Finally, Professor Ringe discussed the current makeup of Germany’s political space and the position of various political parties along the traditional left-right divide and a newly emerging “open-closed” dimension. On this basis, he illustrated the difficulties experienced by mainstream parties (especially the Social Democrats) and speculated about the future direction of party politics and coalition options in Germany. 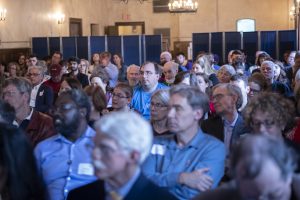 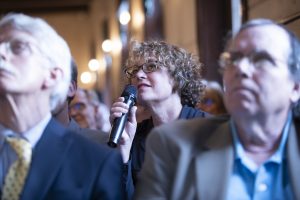 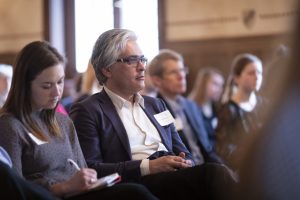 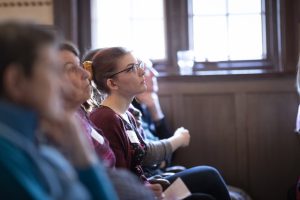