Michael Kaeding is Professor for European Integration and European Union Politics at the Department of Political Science of the University of Duisburg-Essen, Germany and holds an ad personam Jean Monnet Chair. Furthermore, he is a Visiting Fellow at the European Institute of Public Administration (EIPA) in Maastrich and Guest Lecture at the College of Europe. His recent publications include Party Group coordinators and rapporteurs: Discretion and agency loss along the European Parliament’s chains of delegation (2019) and The Future of Europe. Views from the Capitals (2018).

Christof Mauch is Director of the Rachel Carson Center as well as the Chair in American Culture and Transatlantic Relations at LMU Munich. He is also an affiliated professor in the History Faculty of LMU Munich and is an Honorary Professor at Renmin University in China. His recent publications include Grüne Neue Welt: Reisen in die Geschichte und Natur der USA, München: Deutsche Verlags-Anstalt (2019) and “Malibu, California: Edenic Illusions and Natural Disasters” in Hersey and Steinberg, A Field on Fire: Essays on the Future of Environmental History (2019).

History of the Carl Schurz Professorship

Kaeding and Mauch have received a one-semester appointment of a Carl Schurz Professorship during the academic year 2019-2020. The Carl Schurz Professorship is named after the famous American statesman, reformer, and newspaper editor Carl Schurz (1829-1906). He emigrated to the United States after the failed 1848 Revolution in Germany, settled in Watertown in 1852, became a lawyer in Milwaukee, served as a general in the Union Army during the Civil War, represented the State of Missouri in the US Senate, and served as Secretary of the Interior under President Rutherford Hayes. From 1859 to 1863 Schurz served as a Regent of the University of Wisconsin. After he died, the Wisconsin legislature endowed a trust fund in the name of the citizens of the state to honor his memory – the only one of its kind in the state’s history – and as a symbolic realization of Schurz’s own ideal to make more fruitful the interrelations between German and American culture. According to the terms of the trust fund, professors from German universities, without restrictions as to the fields of knowledge they represent, are to be invited when the income permits. Two Carl Schurz professors were appointed before 1914 and twelve from 1922 until 1939. Since 1951 an additional 23 professors were appointed from fields as diverse as agricultural economics, physics, geography, history, pathology, chemistry, mathematics, classics, musicology, German, French, English, Chinese, sociology, economics, women’s studies, philosophy, engineering, and linguistics.

The appointees are not only outstanding and internationally-recognized authorities in their field, but their respective reputation and knowledge transcends the bounds of their discipline. The Carl Schurz Professor is expected to enhance not only the program of a single department but of the entire university community. The appointees will give a number of public lectures in English and participate in the teaching and research activities in their discipline and in related areas. 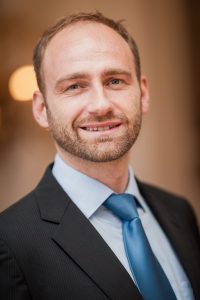