“Laïcité” has become a hot topic at the heart of a cultural war in French media and politics in the last 15 years. But what do French people really think about this core republican value? Drawing from a CEVIPOF survey of over 20,000 participants, we show that the “silent majority” is not sharing the views of the most vocal politicians on the topic, but adhere to a humanist, tolerant tenet that was forged in the late 80s. Yet, an identitarian view of laïcité emerges with an alternative vision. 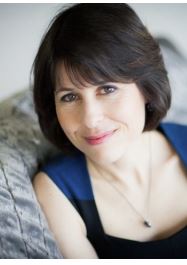 Cécile Alduy is Professor in French Literature and Culture, Chair of the Division of Literatures, Cultures, and Languages, and Director of Graduate Studies in French at Stanford University. She concentrates on notions of “nationhood”, “identity,” on cultural and political constructions and mythologies of “Frenchness” at critical junctures of France’s cultural history. Areas of interests include the history and mythology of national and ethnic identities since the Renaissance, far right ideology and rhetoric (National Front), the relations between cultural, literary and medical discourses on gender and the body in early modern Europe, poetry and poetics, narrative forms and their discontent, French cinema and contemporary French literature. In addition to publishing several books, her articles have appeared in The Atlantic, Le Monde, Politico, The Nation, The Boston Review, Al Jazeera America, L’Obs, Le Nouveau Magazine Littéraire, etc. She is an affiliated scholar at the Freeman Spogli Institute as well as a “chercheur associée” at the CEVIPOF, Sciences Po.

See this event in the Center for European Studies Event Calendar