Co-sponsored by the Center for European Studies, the Department of History, the George L. Mosse Program in History, and the Harvey Goldberg Center. 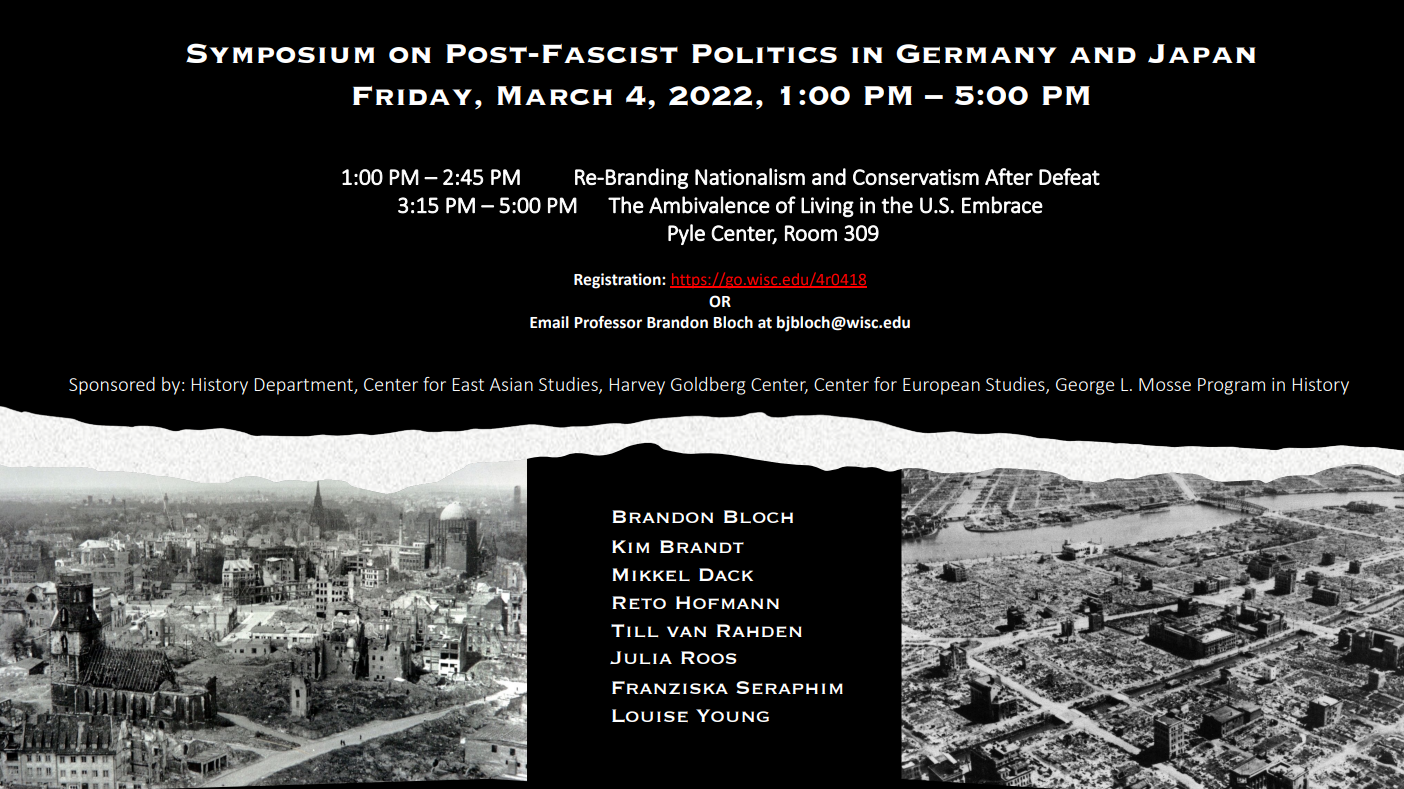 The end of World War II brought shared crises to the defeated Axis powers of Germany and Japan: physical devastation, food scarcity, mass population displacements, and the psychological scars of war. Millions of participants in National Socialism and Japanese Imperialism attempted to destroy the material traces of fascism, rewriting their political biographies to fit the imperatives of Allied occupation. Within a decade, West Germany and Japan would emerge as prosperous democracies and pillars of America’s Cold War empire. Yet unspoken legacies of wartime atrocity lay just beneath the surface of postwar normality.

This half-day symposium brings together four historians of postwar Germany and four historians of postwar Japan to explore the little-examined entanglements between the two fields. Both panels will feature presentations on new research in postwar German and Japanese history, as well as ample time for audience discussion. The symposium aims to jumpstart a dialogue on post-fascist politics in a global perspective, and in doing so to rethink the significance of the post-fascist era for our own time of resurgent ethno-nationalisms.

Panel 2: From Enemies to Allies: The Ambivalence of Living in the US Embrace