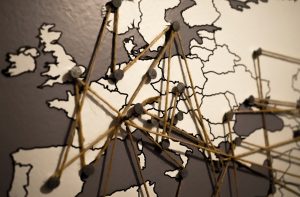 Major festivals like Cannes, Berlin and TIFF have not only been significant as cultural taste- makers but have long become part of the film industry mechanisms, be it as market hubs, project incubators, producers or distributors. Thus far, festival research has largely been limited to focus on major market festivals and employed qualitative case studies. When considering the festival network as distribution window in its own right, the focus shifts to the long tail of festival runs, to the small audience festivals and a global scale. In this talk, Dr. Loist proposes to adopt the concept of «circulation power» for film festivals in an attempt to untangle the hierarchies on the circuit and to discuss the positioning of the film festival circuit as a significant, yet understudied, exhibition window alongside classical theatrical release and streaming services. These considerations are supported by initial results from the 3-year BMBF-funded project “Film Circulation in the International Film Festival Network and the Impact on Global Film Culture”, which is the first empirical study concerned with complex temporal and spatial patterns of film movement within festival circuits (festival runs) and to employ Digital Humanities (DH) methods on the subject.

To register for this event contact Clara Schanck at cschanck@wisc.edu.