From the time the European Union was formed in 1952 until 1973, things were simple as far as chocolate was concerned. Chocolate was made from adding cocoa butter to milk, chocolate liquor, and sugar – as it had been since the mid-1800’s. At least that’s how it is made in much of continental Europe.

However, in Ireland and the United Kingdom a different recipe has been used for over a 100 years. A Cadbury’s chocolate bar, for instance, is lighter and creamier than typical continental chocolate. In Ireland and the UK, chocolate makers use less cocoa solids and often substitute vegetable oils for some of the cocoa butter.

The problem began when Ireland and the UK joined the European Union (EU) in 1973. One of the main purposes of the EU was to promote free trade amongst the countries of Europe in hopes that economic integration would prevent another major war. Of course, Irish and British chocolate makers like Cadbury’s looked forward to selling their candy bars all over Europe.

Chocolate makers in countries like Belgium and France argued that this lighter chocolate wasn’t real chocolate at all. They won the argument: since 1973, the Irish and British were banned from selling their style of chocolate in any other member country of the EU. Austria, Finland, Sweden, Portugal, and Denmark, which have joined the EU more recently, are also prohibited from selling their own versions of chocolate – similar to Cadbury’s – outside their borders. 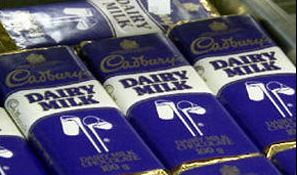 For more than 20 years, the European Union’s “chocolate war” has raged. The British, for example, like their chocolate they way it is and don’t want the recipe changed just because some EU law says chocolate cannot contain any other fats than cocoa butter. At the same time, “chocoholic purist” countries like Belgium, insist that the only way they will agree to allow the non-pure chocolate to be sold throughout the EU is if it either changes it recipe or if it isn’t called “chocolate” at all. They might allow it if the non-pure chocolate was labelled as something like “vegelate” and no mention of “chocolate” is made anywhere on the label.

Your team will represent your country as “ministers” of the “Council of the European Union”. Ministers mostly work on issues within their own country, but a few times per year they meet with the ministers from other EU member countries to debate and vote on new European Union laws. Together, you and other country teams will need to create a new law that will make both sides of the chocolate debate happy.

Before that, however, you need to learn a bit more about the EU in general, your country and how it feels about chocolate. Links to web pages that will help you get started are listed below. As you learn more, think about what sort of argument your country might make regarding a new chocolate law. What might your country agree to? On what points will it refuse to budge?

In the real Council of the European Union, ministers from countries that have similar interests work together, negotiating and striking deals so that they have a better chance of getting their way. Most of this deal-making takes place before the actual Council meetings. You are encouraged to do the same. Use recess and lunch to talk with other country teams to find out where they stand on the issue. Plan to call, email or IM your teammates and other teams in order to discover your European ‘friends’ and ‘foes’.

Voting in the Council is weighted by the country’s population. So, if your team represents a small country like Finland, which only has 1.34% of the population, it’s especially important for you to find some like-minded countries so that together, your percentages will add up.  Here’s how the population will be distributed (be sure you know how many people your country has!):

Learning about the EU

You don’t need to be a European Union expert to do well in the simulation, but some basic knowledge helps! Here are a few sources that will help you learn about the EU:

Long but in depth guide to the European Union, written specifically for Americans: http://www.euintheus.org/wp-content/uploads/sites/759/2016/09/WO011_Guide-for-Americans_low-resolution.pdf

Learning about your country

The more you know about your country, the better you will be able to formulate an argument for its position and negotiate for an outcome that is best for it at the simulation. Here are some of the things you should try to find out about your country:
– population
– major industries
– the year it joined the EU
– any relative facts that might impact its position on this topic, such as traditions, popular opinion, ties or conflicts with other EU members

And here’s where you might find this information:
– Country Watch

– Or do a Google search with the name of your country and whatever information you are looking for. For example, “France chocolate ” or “Germany major industries”.

So, where does your country stand in the chocolate debate?

Once you’ve learned a bit about the European Union and your country, your team is ready to figure out how a minister from your country might argue over the chocolate debate. Check out the information sheet for your country, it provides the basics of where your country stands on the issue and will help you negotiate before the simulation. Feel free to read other country sheets as well, as you might discover some potential allies or enemies.