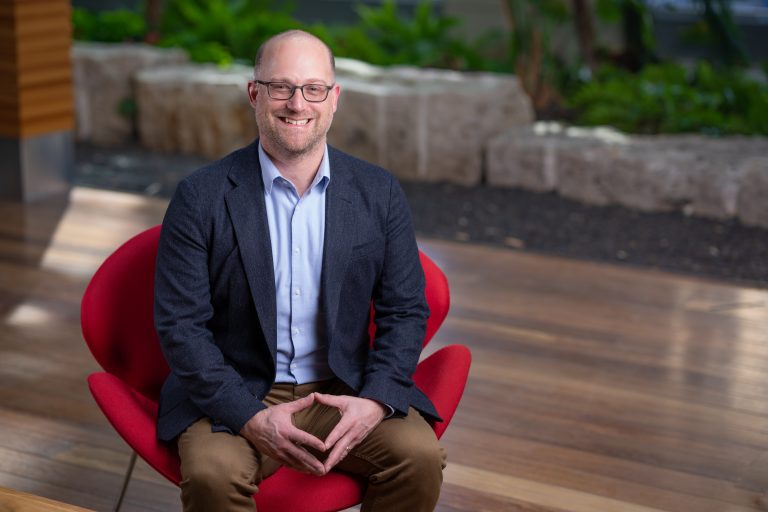 Mark Copelovitch, Professor of Political Science and Public Affairs, and Director of European Studies at the University of Wisconsin-Madison, has been named Jean Monnet Chair in the European Union and the Global Economy by the European Commission.

The Jean Monnet Chair is a teaching post with a specialization in European Union (EU) Studies. Based on a competitive global selection process, the Commission awards the Chair to qualified professors who enhance EU studies through their teaching, research, and outreach activities. The Jean Monnet Chair is co-financed by the EU’s Erasmus + Programme, and there are currently only ten Chairs in the United States. As Jean Monnet Chair, Copelovitch will pursue a multi-faceted program of teaching and research, with an emphasis on the political economy of European Monetary Union, political conflict within the EU and its member-states over policy responses to economic crises, and the EU’s increasingly prominent role in international trade, monetary, and financial governance.

Copelovitch’s term as chair runs from 2022 through 2025. His chair follows two highly successful chair terms (2015-18; 2018-21) by Nils Ringe, former Director of European Studies (2014-21) and current Director of the Jean Monnet Center for Excellence for Comparative Populism. “I am honored to receive this recognition from the European Union and delighted to continue the Jean Monnet Chair legacy at UW-Madison,” said Copelovitch. “The Jean Monnet Chair in the EU and the Global Economy comes at a crucial time, with both the EU and the global economy facing serious challenges, including the war in Ukraine, high inflation, authoritarian threats to democracy, climate change, and the rise of China. I look forward to involving my students and colleagues in exploring all aspects of these challenges and issues.” 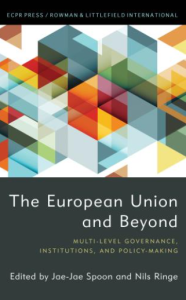 The European Union and Beyond: Multi-Level Governance, Institutions, and Policy-Making  was produced with co-funding from the Erasmus + Programme and in honor of the University of Pittsburgh’s European Studies Center founder and UW-Madison alumna, Alberta Sbragia. Chapters were written by her former students and colleagues. The book was edited by professors Nils Ringe and Jae Jae Spoon. 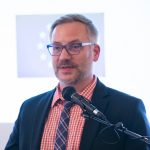 I am a Professor in the Department of Political Science, recipient of a second Jean Monnet Chair (2018-21), and Director of the Center for European Studies.  My research and teaching focus on European Union (EU) politics, with a special interest in comparative political institutions, legislative studies, political parties, elections, and social network analysis. I am currently working on a book on multilingualism in the institutions of the EU, titled “The Language(s) of Politics: Multilingual Policy-Making in the European Union,” as well as several papers on legislative networks.

Previously, I published a book titled “Bridging the Information Gap: Legislative Member Organizations as Social Networks in the United States and the European Union” (University of Michigan Press), with Jennifer N. Victor (George Mason University). It examines voluntary, issue-based, cross partisan groups of legislators (such as caucuses in the U.S. Congress and intergroups in the European Parliament) in a comparative perspective. My first book was “Who Decides, and How? Preferences, Uncertainty, and Policy Choice in the European Parliament,” with Oxford University Press (2010).

I tweet intermittently (@NilsRinge), mostly about politics and sometimes about soccer.