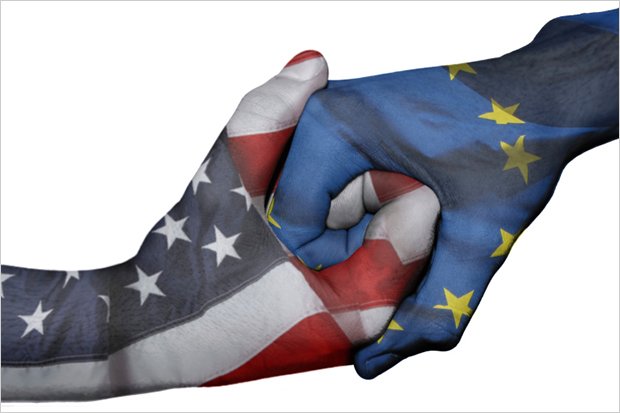 Gillian Tett, the U.S. Managing Editor of the Financial Times, and Peter Hall, the Krupp Foundation Professor of European Studies at Harvard University, will provide keynote presentations during “Europe in Crisis: The Future of the EU and Trans-Atlantic Relations” at the University of Wisconsin–Madison on Thursday, April 6.

The half-day symposium, which is free and open to the public, is sponsored by the Robert M. La Follette School of Public Affairs, the Jean Monnet European Union Center of Excellence, and the Center for European Studies at UW-Madison.

Tett, an award-winning journalist and expert on global financial markets, will discuss “Brexit, Trump, and the Future of the Global Economy.” She will be joined by two leading experts on international trade and finance, Chad Bown of the Peterson Institute for International Economics and Mark Hallerberg of the Hertie School of Governance in Berlin. Their session begins at 2 p.m.

At 4 p.m., Hall will discuss “A Continent Re-Divided? European Integration in Turbulent Times,” along with Sophie Meunier of Princeton University and Art Goldhammer of Harvard University, two renowned experts on European politics. Hall also serves as co-director of the Program on Successful Societies for the Canadian Institute for Advanced Research.

Since 2010, the European Union (EU) has faced the most severe economic and political crises in its history, including the United Kingdom’s Brexit referendum, the Eurozone financial crisis, and an influx of refugees fleeing conflicts in the Middle East. Meanwhile, President Donald Trump’s criticism of the EU and NATO has raised concerns that the seven-decade era of deep trans-Atlantic cooperation is drawing to a close.

Is the European Union’s progress toward an “ever closer union” in jeopardy? What impact will Europe’s economic and political crises have on the United States, international security, and the global economy in the years ahead? Does Trans-Atlantic economic and geopolitical cooperation have a future in this new era of populist nationalism? The symposium will address these key questions.