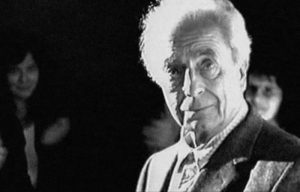 In one of the key films of its era, two neophyte actors play a pseudo-revolutionary and a secretary who meet in Death Valley, fall in love and dream of overthrowing the system. While their rebellion may be aimless, Antonioni’s critique of the Establishment and the imperialism of corporate capitalism is poignant and stinging. Zabriskie Point is a state-of-the-decade address portraying the conflicts of an America at war with itself. The literally explosive finale must be experienced on the big screen.

Sponsored by the Center for European Studies