Sponsored by the Center for German and European Sudies.

Tobias Hering is an independent film curator and researcher. His work focuses on thematic film programs that deal with questions of image politics and the role of archives. Recent projects include The gatekeepers exist to be overthrown, a three-part homage to New York film curator Amos Vogel at Arsenal – Institute for Film and Video Art in Berlin (2021-2022), and the lumbung film program GDR International for documenta fifteen in Kassel. For the International Short Film Festival Oberhausen, Tobias Hering directs the archive-based program section re-selected. 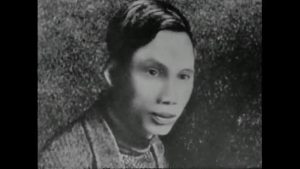 Hering is currently conducting research in US archives for a future project on film relations between the United States and socialist East Germany (GDR; German Democratic Republic). In this context he consults the papers of US renegade filmmaker Emile de Antonio at the Wisconsin Center for Film and Theater Research in Madison. De Antonio was one of the first US filmmakers to establish ties with GDR film institutions in the mid-1960s, when his early films were screened at the renowned documentary film festival in Leipzig, and he maintained them despite the vagaries of Cold War politics until his death in 1989. Drawing on his most recent work at the de Antonio archive, Tobias Hering´s talk will provide insights into his research in progress.