Co-sponsored by the Jean Monnet European Union Center of Excellence for Comparative Populism and the Political Economy, Philosophy and Politics Program in the Department of Political Science. 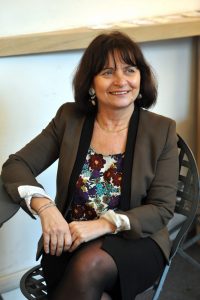 Nadia Urbinati is Kyriakos Tsakopoulos Professor of Political Theory at Columbia University. Professor Urbinati (Ph.D., European University Institute, Florence, 1989) is a political theorist who specializes in modern and contemporary political thought and the democratic and anti-democratic traditions. She co-chaired the Columbia University Faculty Seminar on Political and Social Thought and was a co-editor with Andrew Arato of the academic journal Constellations: An International Journal of Critical and Democratic Theory. She is a member of the Executive Committee of the Foundation Reset Dialogues on Civilization and the Feltrinelli Foundation (Milan).