Juliane Schäuble has been reporting for the Berlin-based daily newspaper Der Tagesspiegel from Washington, D.C. since June 2018. Before her current position, she most recently headed the 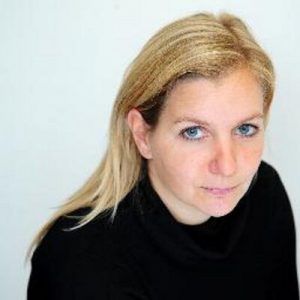 political department, where she was responsible for the front page and the political section. She has more than 10 years of experience in the business and political department. Ms. Schäuble has developed and continues to organize political conferences on a regular basis in cooperation with the Freie Universität Berlin and the Schwarzkopf-Stiftung. She earned her Master’s degree in Political Science at the University of Potsdam, Germany. Her studies included one semester at American University in Washington, DC, where she took classes in American foreign policy and worked part time for the American Council of Young Political Leaders. In 2009 and 2010, she was trained in the Media Manager Program of the publishing house Georg von Holtzbrinck. In 2006, she was a Fellow of the Johanna Quandt Foundation for economic journalists. Ms. Schäuble has taken part in numerous leadership programs, including the Manfred Wörner Seminar of the German Marshall Fund and the Armed Forces Office of the German Defense Ministry; Atlantik-Brücke’s German-American Young Leaders Conference; the Collaborative Leadership Program of Leadership Berlin – Netzwerk Verantwortung; and the Young Leaders Conference of the Council for the United States and Italy.