James Foley, “Brexit, Scottish Independence and the Break-Up of Britain” 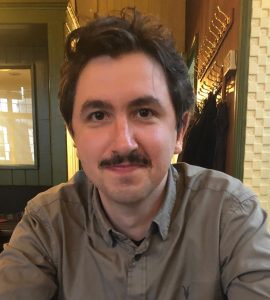 Co-sponsored by the Jean Monnet Center of Excellence for Comparative Populism and the Havens Wright Center.

James Foley will discuss themes raised in two books that will be published later this year. The first (written with Neil Davidson and Ben Wray) is What is Scottish Independence For? (Verso, forthcoming), and the second, The End of Cosmopolitan Europe? (University of Amsterdam Press, forthcoming), investigates the politics of sovereignty and the present crisis of the European Union.

James is a lecturer and researcher at Glasgow Caledonian University in Scotland where he conducts research on populism, sovereignty, immigration, and British and European politics.

James is also the author (with Peter Ramand) of Yes: The Radical Case for Scottish Independence (Pluto, 2014). He is a member of the editorial board of Conter, and has written for a variety of publications including The Guardian, Open Democracy and the Socialist Register.

Register for this event using Eventbrite.