Co-sponsored by the Center for European Studies, the George L. Mosse Program in History, and the History Department at UW-Madison, the Zucker/Goldberg Center for Holocaust Studies, Yaschik/Arnold Jewish Studies Program, and the History Department at the College of Charleston. Part of the European Studies 2021-2022 Lecture Series. 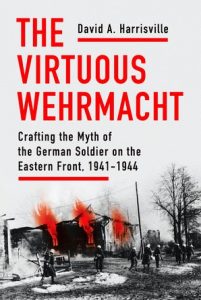