The European Union and Beyond: Multi-Level Governance, Institutions, and Policy-Making (Rowman & Littlefield, 2020) was produced with co-funding from the Erasmus + Programme and in honor of the University of Pittsburgh’s European Studies Center founder and UW-Madison alumna, Alberta Sbragia. The book was edited by professors Nils Ringe and Jae Jae Spoon with chapters written by Sbragia’s former students and colleagues.

More about The European Union and Beyond: 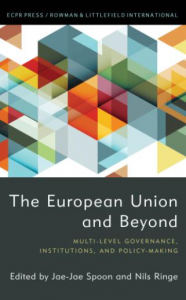 “The European Union and Beyond: Multi-Level Governance, Institutions, and Policy-Making seeks to examine current debates and issues in the study of regional integration, multilevel governance and European Union studies. Contributions focus on a diverse set of topics related to these areas, including monetary union, trade, public administration, legislative representation, free movement and comparisons of the European Union to other federal systems, and supranational organizations. The chapters are diverse in approach with contributors coming from the fields of public administration, political economy, law, international relations and comparative politics. The goal of the volume is to provide an up‐to-date assessment of the current debates and issue in these fields of study.”–Rowman & Littlefield, 2020

“In this book a stellar line-up of scholars make sense of the European Union from a deeply informed comparative perspective. This wide-ranging volume is a fitting tribute to Alberta Sbragia’s pathbreaking contribution to the study of federalism and European integration.”
— Gary Marks, Burton Craige Distinguished Professor of Political Science, UNC-Chapel Hill and Robert Schuman Fellow, EUI, Florence

More about the editors: 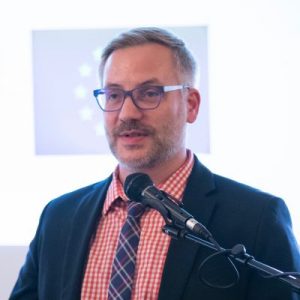 Nils Ringe is Professor of Political Science, Jean Monnet Chair, and Director of the Center for European Studies at the University of Wisconsin-Madison. His research and teaching interests are European Union politics (in particular the institutions of the EU), legislatures, political parties, social networks, and elections. He published “Bridging the Information Gap: Legislative Member Organizations as Social Networks in the United States and the European Union” (University of Michigan Press; click here for details) with Jennifer N. Victor(George Mason University), a book that examines voluntary, issue-based, cross-partisan groups of legislators (such as caucuses in the U.S. Congress and intergroups in the European Parliament) in a comparative perspective. His previous book, “Who Decides, and How? Preferences, Uncertainty, and Policy Choice in the European Parliament,” was published in 2010 by Oxford University Press. Ringe is currently working on a book on multilingualism in the institutions of the EU, tentatively titled “The Language(s) of Politics: Multilingual Policy-Making in the European Union,” as well as various papers on social networks in legislative politics. 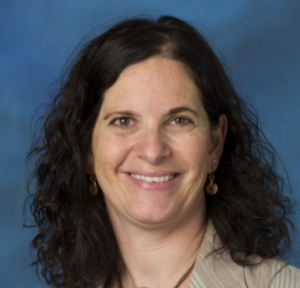 Jae-Jae Spoon is a Professor of Political Science and Director of the European Studies Center at the University of Pittsburgh. She is co-editor of the Journal of Elections, Public Opinion and Parties (JEPOP) and Research & Politics (R&P). Her research focuses on comparative electoral behavior primarily in Europe. She is interested in understanding political party strategies and their outcomes for the party, its elected officials, and voters, and how party type and size, institutions, and context influence parties’ decision‐making at both the domestic and European levels. She has a particular interest in the behavior of new and small political parties. Professor Spoon received her PhD from the University of Michigan in 2005.