Co-sponsored by the Jean Monnet European Union Center of Excellence for Comparative Populism and the Tommy G. Thompson Center on Public Leadership 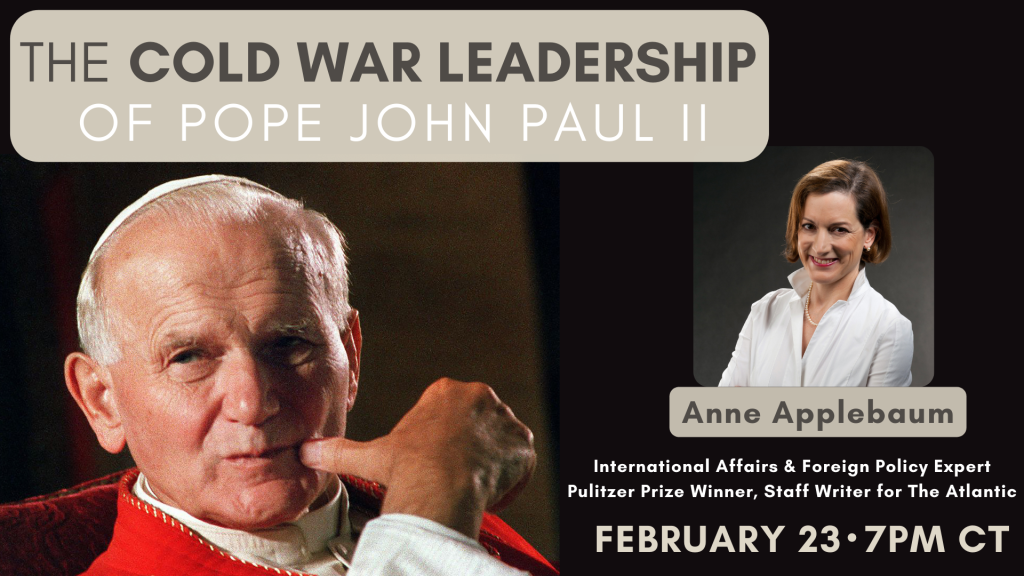 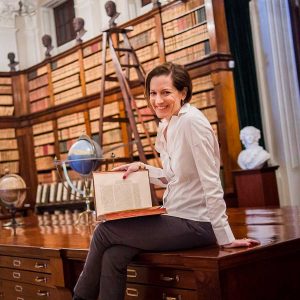 Anne Applebaum will discuss Pope John Paul II’s leadership during the Cold War. John Paul II served as head of the Catholic Church from 1978 to 2005 and has been credited with contributing to the dissolution of the Soviet Union.

Anne Applebaum is a Pulitzer Prize-winning historian, journalist, commentator on geo-politics and keynote speaker who examines the challenges and opportunities of global political and economic change through the lenses of world history and the contemporary political landscape. She graduated from Yale University and was a Marshall Scholar at the London School of Economics and St. Antony’s College, Oxford.

She previously worked as a columnist and member of the editorial board for the Washington Post. She has also held positions at the Spectator magazine, Evening Standard, Slate, the Daily, and Sunday Telegraphs. From 1988 – 1991 she covered the collapse of communism as Warsaw correspondent for the Economist. She won the Pulitzer Prize in 2004 for Gulag: A History, a book about the Soviet concentration camps. Her 2012 publication, Iron Curtain: The Crushing of Eastern Europe, 1944-1956 won the Cundill Prize for Historical Literature and the Duke of Westminster Medal. She has received the Lionel Gelber Prize and the Duff Cooper Prize for Red Famine: Stalin’s War on Ukraine (2017). Applebaum explains the decline of democracy and the rise of nationalist movements and authoritarian styles of leadership in her newest book The Twilight of Democracy: The Seductive Lure of Authorianism.

This event is the second event in the Thompson Center’s Cold War Leadership series and will be moderated by Cecelia Klingele, Associate Professor at the University of Wisconsin Law School.