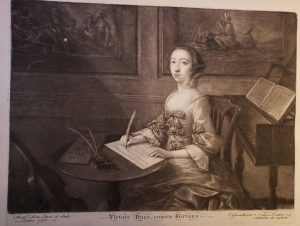 Women’s work in spheres of public music-making has been largely left out of the historical record. Yet as a means of supplementing or promoting their compositional and operatic careers, women often had to transcend those identities in order to establish themselves in a marketplace that required flexibility, adaptability, and business savvy. This talk explores some of the various ways in which women engaged in public musical entrepreneurship in London during the eighteenth century. Women found many avenues into the commercial world of music-making. Professor DeSimone considers how female musicians boosted their entrepreneurial cachet in London beyond composing: they performed in concerts, acted as their own business agents, and became impresarios and music teachers. DeSimone draws from advertisements, financial documents, musical scores, and pedagogical tracts. Additionally, this paper takes an interdisciplinary approach, drawing upon scholarship in the history of economics, sociology, and musicology in order to show how these women engaged actively in innovative approaches to career-building and promotion outside of composition. By exploring the careers of musical entrepreneurs such as, including Catherine Tofts (c. 1682-1756); Elisabetta de Gambarini (1730–65) and her mother Joanna Stradiotti (d. 1774); Cecilia Young (1712-89), and others, this paper illustrates how women assimilated into London’s thriving musical milieu through creative and new approaches to musical entrepreneurship. DeSimone also reveals the ways in which commercial music-making in early eighteenth-century London provided new professional opportunities for those who traditionally had less financial and social power. 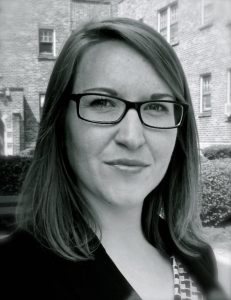 Alison DeSimone is Assistant Professor of Musicology at the University of Missouri-Kansas City. She has a forthcoming monograph entitled The Power of Pastiche: Musical Miscellany and Cultural Identity in Early Eighteenth-Century England (Clemson University Press, 2021). With Matthew Gardner, she edited Music and the Benefit Performance in Eighteenth-Century Britain (Cambridge University Press, 2020). She has published articles in the Journal of Musicological Research, A-R Online Anthology, Händel-Jahrbuch, and Early Modern Women.