Thorsten Wetzling, “Government Access to Private Data: Who gets what when and how?” 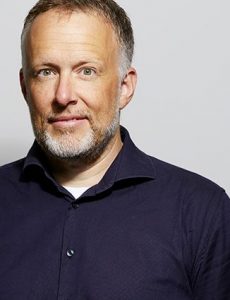 Dr. Thorsten Wetzling works for the Stiftung Neue Verantwortung (SNV) where he heads its research unit on digital rights, surveillance and democracy. He directs the European Intelligence Oversight Network (EION) and is the Principal Investigator in the GUARDINT research project. Formerly, he worked as a Senior Fellow at the Brandenburg Institute for Society and Security, the Hague Institute for Global Justice, and as Advisor for the Geneva Centre for the Democratic Control of Armed Forces (DCAF). As Trans-Atlantic Post-Doc Fellow for International Relations and Security (TAPIR), Dr. Wetzling studied national surveillance policies at the French Institute for International Relations (ifri) in Paris, the RAND Corporation, and the Center for Transatlantic Relations at Johns Hopkins University.