CANCELLED: Nancy Fraser, “What should socialism mean in the 21st century?”

THIS EVENT IS CANCELED 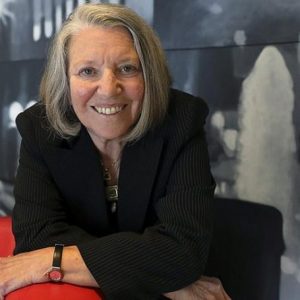 “Socialism” is back! For decades the word was considered an embarrassment—a despised failure and relic of a bygone era, rightly consigned to the historical dustbin. No more! Today, politicians like Bernie Sanders and Alexandria Ocasio Cortez wear the label proudly and win support, while organizations that espouse it attract new members in droves. But what exactly do they mean “socialism”?  However welcome, enthusiasm for the word does not by itself translate into serious reflection on its content. What does or should “socialism” signify in the present era?

In this paper, which is inspired by Erik Wright’s notion of a “realistic utopia,” I provide a possible answer. Drawing on an expanded conception of capitalism, I construct an expanded conception of socialism. which overcomes the narrow economism of received understandings. Disclosing the capitalist economy’s contradictory and destructive relation to its “non-economic” background conditions, I contend that socialism must do more than transform the economy. Over and above that desideratum, it must also transform the economy’s relation to its background conditions: especially, non-human nature, the unwaged work of social reproduction and political power. In a nutshell: a socialism for the 21st century must be ecological, feminist, anti-racist and democratic.

Nancy Fraser is Henry A. and Louise Loeb Professor at the New School for Social Research. Her newest books are Feminism for the 99%: A Manifesto, co-authored with Cinzia Arruzza and Tithi Bhattacharya, published in 2019 in English by Verso and in 15 other languages; and Capitalism: A Conversation in Critical Theory, co-authored with Rahel Jaeggi (Polity Press 2018). Other books include Fortunes of Feminism: From State-Managed Capitalism to Neoliberal Crisis (2013); Scales of Justice: Reimagining Political Space for a Globalizing World (2008); and Redistribution or Recognition? A Political-Philosophical Exchange (2003) with Axel Honneth. Fraser’s work has been translated into more than twenty languages and was cited twice by the Brazilian Supreme Court (in decisions upholding marriage equality and affirmative action). A Chevalier of the French Legion of Honor, a Member of the American Academy of Arts and Sciences, and the recipient of six honorary degrees, she is a past President of the American Philosophical Association, Eastern Division.