Simone Cinotto, “Do I Love Something That Doesn’t Exist?: Food and Place in Italian Food Culture” 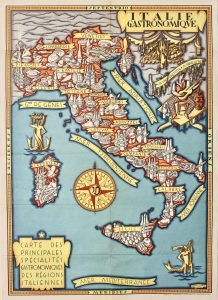 Co-sponsored by the Center for European Studies, Department of French and Italian, Food Studies Network at UW-Madison, and the Italian Cultural Institute in Chicago. 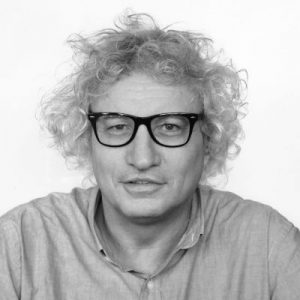 Simone Cinotto Associate Professor of Modern History at the Università di Scienze Gastronomiche in Pollenzo, Italy, where he is the Director of the master’s program “Master of Gastronomy: World Food Cultures and Mobility.” He has been Visiting Professor at Indiana University (2017), the Department of Italian Studies at New York University (2008-2010), and the School of Oriental and African Studies at University of London (2015-2019). He has also been Visiting Scholar at the Center for European and Mediterranean Studies at NYU (2013-2015) and Fellow of the Italian Academy for Advanced Studies in America at Columbia University (2004). Cinotto is the author of The Italian American Table: Food, Family, and Community in New York City (University of Illinois Press, 2013) and Soft Soil Black Grapes: The Birth of Italian Winemaking in California (New York University Press, 2012); the editor of Making Italian America: Consumer Culture and the Production of Ethnic Identities (Fordham University Press, 2014), which won the 2015 John G. Cawelti Award for the Best Textbook/Primer of the Popular Culture Association/American Culture Association; and the coeditor, with Hasia Diner, of Global Jewish Foodways: A History (University of Nebraska Press, 2018). Cinotto has three books in preparation: Cibo: A Modern History of Italian Food (Oxford University Press); The Puerto Ricans and Italians of New York: Migration and Mobilization in the Atlantic World; and Transatlantic Emotions: The Mental and Intimate Biography of an Italian Immigrant to America, 1905-1942. Cinotto is the Co-Editor of Gastronomica and on the editorial board of Food, Culture, and Society and Global Food History among other journals and book series. He organized a joint conference with NYU and the University of Toronto titled “Food Mobilities: Making World Cuisines” (Pollenzo, Italy, June 5-9, 2019), which will also develop into a book.

Press Release: Week of Italian Cuisine in the World 2019