Virtual Lecture: Populism and Democracy in the Times of the Pandemic

A video recording of this event is now available online. WATCH THIS LECTURE ONLINE HERE.

This virtual lecture is the first in a series titled “Populism and the Pandemic- A Comparative Perspective'”, which investigates the response of populists in different countries to the COVID-19 pandemic. The lectures will be held every second Tuesday of the month at 11 am US Central Daylight Time (CDT)/13.00 Brasilia, Brazil (GMT-3)/18.00 Brussels, Belgium (CEST). 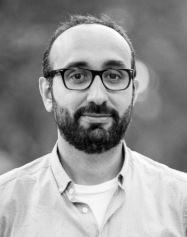 Cristóbal Rovira Kaltwasser is a full professor at the School of Political Science of the Diego Portales University (UDP) in Santiago de Chile and an associate researcher at the Centre for Social Conflict and Cohesion Studies (COES). He received his PhD in political science from the Humboldt-University of Berlin, and his main area of research is comparative politics. He takes a special interest in the ambivalent relationship between populism and democracy. Formerly, he worked as a research fellow at the University of Sussex, the Social Science Research Center Berlin (WZB) and the Human Development group of the Chilean Bureau of the United Nations Development Programme (UNDP). Together with Cas Mudde (Georgia University), he has written the book “Populism. A Very Short Introduction” (Oxford University Press, 2017), which so far has been translated into Catalan, Dutch, French, Greek, Japanese, Portuguese and Thai.

A recording of this lecture is currently available.