Anja Goerz, “From 1989 to Today: Germany Behind the Wall” 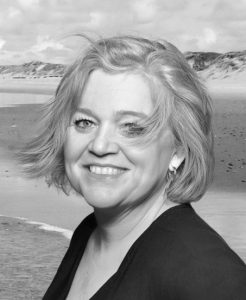 Anja Goerz is a German journalist, radio host, and author. After studying photography, she began her career in 1989 at Radio Schleswig-Holstein in Kiel, where she worked as a reporter and moderator. Since 1990, she has hosted regular shows on radio stations in Berlin, Bremen, and Hamburg and produced pieces for Deutschlandfunk. Since 2014, she has hosted a show on Nordwestradio.

In addition, Anja Goerz writes fiction and non-fiction. She has written several novels, and in April 2014 the Deutschen Taschenbuch Verlag published “Der Osten ist ein Gefühl” (The East is a Feeling), in which she reports on conversations she has had with people from the former GDR. The book has been reprinted several times and was a Spiegel bestseller.\

This event is being held under the auspices of Deutschlandjahr USA 2018/2019 – the Year of German-American Friendship, a comprehensive and collaborative initiative funded by the German Federal Foreign Office, implemented by the Goethe-Institut, and with support from the Federation of German Industries (BDI). For more information on the initiative and the more than 1,000 projects that will take between October 2018 and November 2019, visit www.wunderbartogether.org.