Wolfgang Münchau, “Will the Centre Hold?: How an Immigration Crisis Changed European Politics” 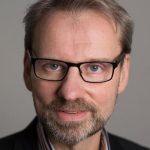 Wolfgang Münchau will be giving the opening remarks for the “Wars’ End?” Conference on November 8th at 4:00PM.

Before joining FT Deutschland, Mr. Münchau was a Frankfurt correspondent and later economics correspondent of the Financial Times, reporting on the preparation for the final stage of monetary union and the launch of the euro.

Click here to see more about the Wars’ End Conference as a whole.