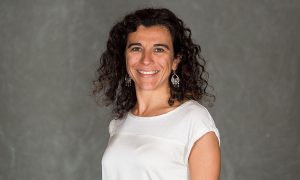 Laia Balcells, PhD, is an Associate Professor of Government at Georgetown University. She is a political scientist that specializes in the study of political violence, nationalism, and ethnic conflict. She earned her PhD from Yale University in 2010. Her first book, Rivalry and Revenge: The Politics of Violence during Civil War, deals with the determinants of violence against civilians in civil war and explores micro-level variation in the Spanish Civil War and Côte d’Ivoire. Click here to learn more.