Screening of Documentary Film “King Otto” (2022), Introduced by the Consul General of the Federal Republic of Germany in Chicago: Wolfgang Mössinger 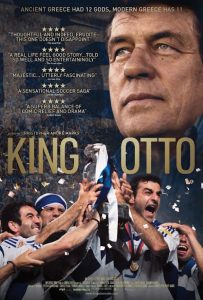 This documentary takes place in the summer of 2004 when the Greek National Football Team took down the giants of world football. The architect behind the triumph was legendary German football coach ‘King’ Otto Rehhagel, who made the bold decision to leave Germany and his successes to work in a foreign country with the Greek National Team. The documentary is a story of how these two contrasting cultures came together to speak the same language and write a new chapter of Greek mythology.  Learn more about the story on the documentary’s website here.

After the screening, there will be a question and answer session with FMFC staff, European Studies staff, and the Consul General of the Federal Republic of Germany in Chicago.

RSVP on Facebook for this free and public event here.