POSTPONED: Viktoria Tkaczyk, “Thinking with Sound: New Agendas in the Sciences and Humanities around 1900”

THIS EVENT HAS BEEN POSTPONED DUE TO COVID-19

Check back for updates

Sponsored by the Center for German and European Studies and the Graduate Program in History of Science, Medicine and Technology, Department of History 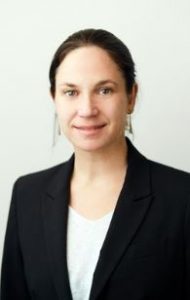 When the outside world is silent, all sorts of sounds can come to mind: inner voices, snippets of past conversations, imaginary debates, retrospective witticisms, beloved and unloved melodies. What should we make of such sonic companions? Thinking with Sound investigates a period when these and other aural phenomena prompted a far-reaching debate in the academic world. Through case studies from Paris, Vienna, and Berlin, it shows that the identification of the auditory cortex in late nineteenth-century neuroanatomy affected numerous disciplines across the sciences and humanities. Through these conjunctions, the book illuminates a moment in time that gave rise to many of the structures, theories, and fields of application underlying recent trends such as Sound Studies. More generally, it offers a deeper understanding of today’s second “sonic turn” in science and scholarship.

Viktoria Tkaczyk completed her study of theater studies, modern German literature, and sociology in Munich, Madrid, and Berlin. Her dissertation, “Himmels-Falten. Zur Theatralität des Fliegens in der Frühen Neuzeit,” written in the frame of the graduate seminar “Body Performances” (Freie Universität Berlin), was awarded the Ernst Reuter Prize in 2008 and the Book Award of the Amsterdam School of Cultural Analysis in 2012. From 2008 to 2010, she worked as a research fellow on the project “Theatrum Scientarium. Performativity of Knowledge as Agent of Cultural Change,” and in 2011, she carried out research as a Feodor Lynen Fellow at the Atelier de Recherche sur l’Intermédialité et les Arts du Spectacle (CNRS) in Paris. Between 2011 and 2014 she was Assistant Professor of Arts and New Media at the University of Amsterdam and a Dilthey Fellow at the MPIWG. Viktoria Tkaczyk is a member of the Junge Akademie at the Berlin Brandenburg Academy of Sciences and Humanities.