Sponsored by the Center for German and European Studies

In the fall of 2020, the Humboldt Forum will open in the partly reconstructed city palace of Berlin. But already prior to its opening, the Humboldt Forum has provoked heated debates, mostly surrounding the ethnological collections to be showcased there. Criticizing the plans to display looted art from Germany’s former colonies in the rebuilt Hohenzollern palace, activist groups such as Berlin Postkolonial and others have managed to turn the debate about the rebuilding of Berlin’s city palace into a much wider discussion about Germany’s colonial legacy. This talk will trace these debates and situate them within the broader context of a shifting memory culture in contemporary Germany and Europe. 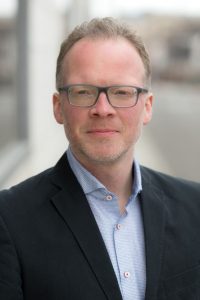 Dr. Daniel Morat is lecturer at the history department of the Free University Berlin and currently works as a curator for the Berlin exhibition in the Humboldt Forum.