The early modern world was an engine of consumption. The printing press nourished expanded reading publics. Transatlantic trade fueled burgeoning capitalist markets. Royal patronage underwrote new audiences for the arts. Though these cases represent extremely divergent forms of consumption, all tap into the pleasures – and perils – of amalgamating a foreign element into the self. Indeed, some of the fiercest early modern debates revolved around problems of consumption. When congregants took communion, did they really ingest the body of Christ? What political dangers were fomented in cafes, where everyday people drank exotic beverages while perusing broadsheets? How did the advent of an urban bourgeoisie armed with profit and buying-power threaten established social hierarchies? For early modern people, consumption simultaneously embodied instability and salvation, liberty and subjugation. It highlighted both the porosity of human boundaries and the potential freedom of self-fashioning. Whether purchasing potatoes or plays, pamphlets or plantations, early modern actors drove a global network of consumption that molded the material and ideological contours of their world. 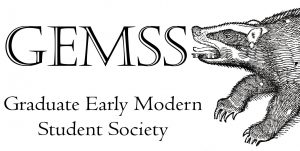 For the call for papers, visit here.