“What is Zeitgeist Literature?,” Christy Wampole

Co-sponsored by the Center for European Studies, the Department of French and Italian, and the French House. 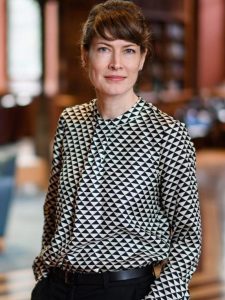 Christy Wampole is a professor of French at Princeton University. Her specific areas of focus are nineteenth-, twentieth-, and twenty-first-century French, Francophone, and Italian literature, especially the novel and the essay, with a special interest in feminism, ecology, and media. She has written on topics including botany and the metaphor of rootedness, masculinity, drones, photography, the Minitel and Internet, irony, realism, essays and essay-film, journalism, and gender issues in France and the United States. Her books include Degenerative Realism: Novel and Nation in 21st-Century France (Columbia University Press 2020) and Rootedness: The Ramifications of a Metaphor (University of Chicago Press 2016). She has also published various articles, translations, and book reviews in MLN, The Modern Language Review, The New York Times, The New Yorker, L’Esprit créateur, Small Axe, The French Review, Magazine littéraire, Quaderni del ‘900, and Yale French Studies.