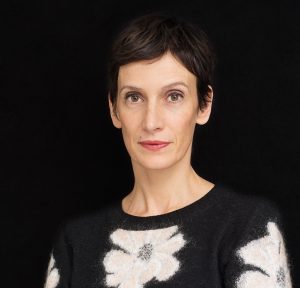 Elissa Mailänder is an Associate Professor at Sciences Po Paris where she works at the Center for History and serves as a Deputy Director of the Centre interdisciplinaire d’études et de recherches sur l’Allemagne. Originally trained as a comparative literary scholar at the University of Vienna and the University Paris-Sorbonne, she earned her doctoral degree in Contemporary History and Historical Anthropology from the EHESS Paris and the University of Erfurt in 2007. In addition to her book, Female SS Guards and Workaday Violence: The Majdanek Concentration Camp, 1942–1944 (Lansing: Michigan State University Press, 2015), she has published several articles on perpetrator history and the mechanisms and dynamics of violence in Nazi concentration and extermination camps. In her recently completed project, Love, Marriage, Sex: An Intimate History of Nazi Germany, 1930-1950, she examined friendship, intimacy and heterosexual relationships in Nazi Germany, highlighting the importance of mass participation and practices of everyday conformity to dictatorship. Hence her work focuses primarily on 20th century Germany and Austria and her research and teaching interests are in the fields of the history and theory of violence, gender and sexuality; material culture; and the history and theory of the everyday.