POSTPONED: Andreas Gailus, “Kleist and the Logic of Hybridity”

This event is sponsored by the Center for German and European Studies (CGES). 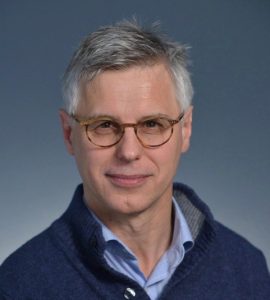 This talk explores the writings of Heinrich von Kleist (1777-1811) against the background of Idealist conceptions of life around 1800. Gailus argues that while Kant and Goethe model life as a self-organizing form, Kleist highlights its divided and conflicting nature, depicting it as driving beyond form into the territory of deformation and disarticulation. Kleist’s anti-organicism manifests in a poetic practice that emphasizes both the self-interrupting power of language and the prosthetic character of human life. Whereas Kant’s and Goethe’s autopoetic models seek to reconcile art and life, Kleist’s hetero-poetics frames art as an artificially intensified mode of life: art exceeds life, not by providing it with a beautiful form, but by extracting and magnifying its capacity to exceed itself, to break its own form, to become hybrid.

Andreas Gailus is Professor of German and Chair of the Department of Germanic Languages and Literatures and the University of Michigan. He is the author of Passions of the Sign: Revolution and Language in Kant, Goethe, and Kleist (Johns Hopkins UP, 2006), and of articles on German Idealism, modernism, the history of case histories, and the German novella. Gailus is interested in theories of form and the interplay between literary and philosophical modes of thinking and writing. His new book, entitled Forms of Life, which is forthcoming with Cornell University in 2021, explores configurations of vitalism in German culture from the late 18th to the mid-20th century.